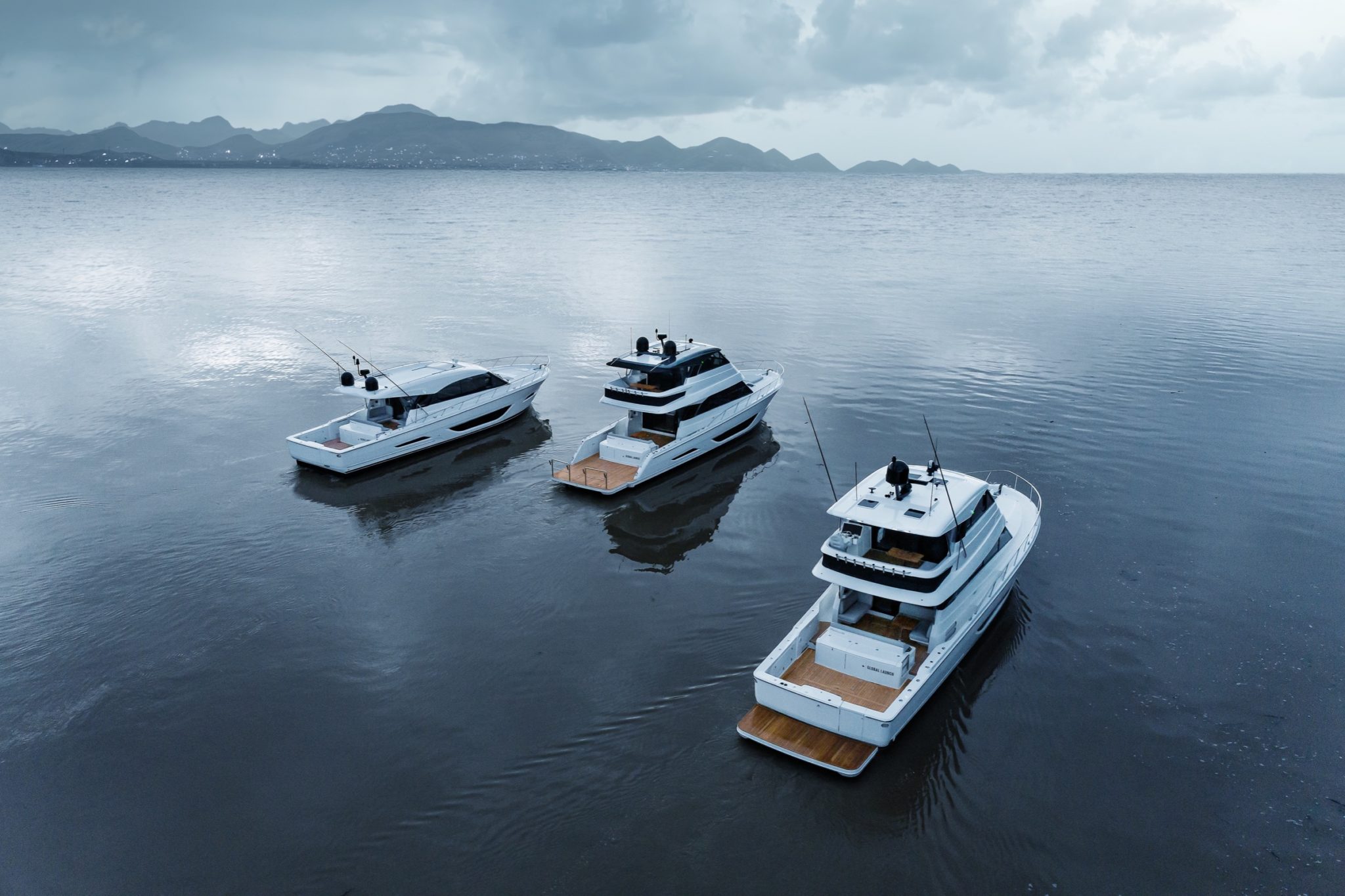 Leading Australian luxury motor yacht manufacturer Maritimo, set one of the most heralded milestones in its near 20 year history at this year’s Sanctuary Cove International Boat Show with the global launch of three iconic new models. The latest global launch in the heralded Maritimo M-Series lineage comes in the form of the brand defining M60 Flybridge Motor Yacht.

On the main deck, beyond the saloon doors the expanse of deck space within the upper cockpit and adventure deck is unprecedented on a flybridge motor yacht of comparable size.

Signature walk through side decks lay the pathway to the forward deck where those on board are secured by generous height bulwarks and bow rail through to the forward anchor well.

The three stateroom, two ensuite layout is designed to maximise every inch of the internal hull volume provided by the 5.2m (17.0’) beam.

Forward there is an offset queen stateroom with adjoining ensuite, with a generous twin single stateroom to starboard, whilst a class leading full beam king master stateroom is located midships. The global launch of the M600 Offshore Motor Yacht marks the first model within the sensational new Offshore Series for Maritimo.

Beneath the cockpit floor and in deck fish boxes is a large lazarette storage area, accessible by day hatch or a large electrically actuated opening for gaining access to store large items such as diving gear. The third and final Global Launch within Maritimo’s 2022 SCIBS On Water display comes in the form of the S600 Offshore Motor Yacht, which marks as the single level sedan variant within the new Offshore Series.

The new S600 Offshore Motor Yacht combines the functionality of the offshore cockpit and open water fishing practicality, in combination with a single level sedan design.

The S600 incorporates a unique hardtop design by which Maritimo’s design division has maximised the practical use of storage onboard the S600 by enabling the often unused sedan hardtop to be accessed from the upper cockpit deck via overhead hatch and ladder, in order for the hardtop to be utilised as a utility deck space for storage of tender or other items, freeing the transom area of the boat for those dedicated to fishing or diving.