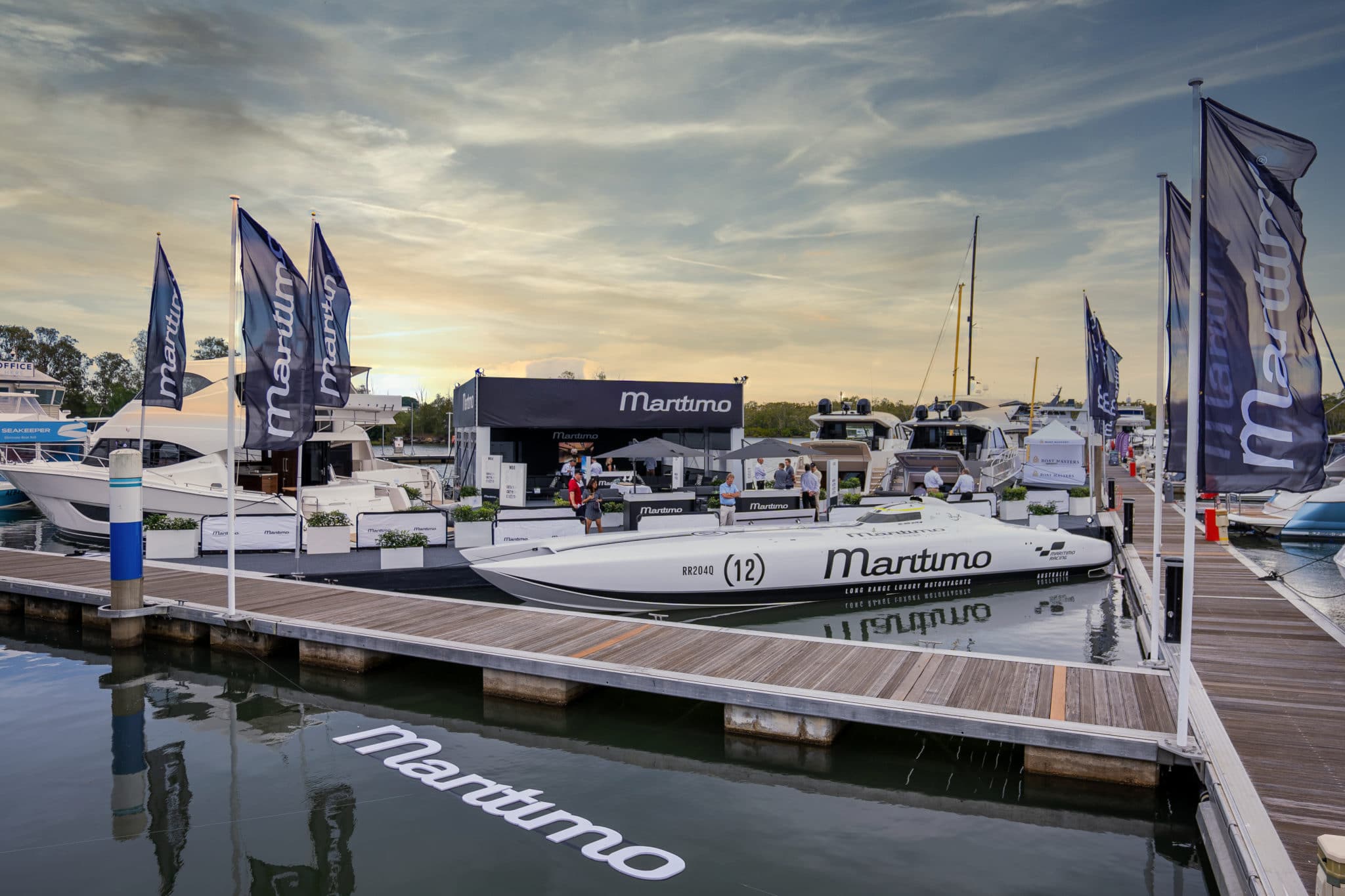 Leading Australian luxury motor yacht manufacturer Maritimo which has continued to build on the momentum of its new model development strategy from 2021, has big plans for this year’s Sanctuary Cove International Boat Show.

There will be no less than three global launches, forming part of a six vessel showcase to highlight the diversity and world leading model range, proudly carrying the Maritimo brand.

Maritimo’s lead designer Tom Barry-Cotter said SCIBS 2022 would be one of the most exciting displays in recent memory for the Australian manufacturer.

“SCIBS 2022 will see show attendees from Europe, Asia and the Americas welcomed back for the first time since the 2019 global pandemic and travel restrictions,” he said. “We are excited to potentially be welcoming both our overseas sales and service network as well as our owners from around the globe, back to our home show and the home of Maritimo.

“Being our home show, we always have something exciting planned for SCIBS and this year will certainly be no exception.

The Maritimo On Water display will see the global launch of the M600 Offshore, S600 Offshore and the M60 Motor Yacht. The three Maritimo global launches will be complemented by the M55 Flybridge Motor Yacht, the S55 Sedan Motor Yacht and the X50 Sport Yacht. Barry-Cotter said the Maritimo On Water display would be in its usual high-profile position at the head of F-Arm, just east of the Maritimo Sales and Marketing suite.

A full program of VIP events is planned, starting with a briefing for national and international media on Thursday morning and then social functions on Friday and Saturday nights for invited VIP guests.

“At the start of 2021 we announced a significant expansion of our model range with new vessels in our M-Series Flybridge, our S-Series Sedan and the Offshore Series categories and this year’s SCIBS sees us deliver on those announcements,” he said. “In December we revealed plans for our largest motor yacht yet, the M75 Flybridge and we followed that with the first reveal of the S75 Sedan.

The S75 Sedan Motor Yacht is scheduled for its Global Launch in late 2022. Barry-Cotter said: “The M75 and S75 motor yachts draw from a wealth of feedback from our owners all over the world, spanning more than two years of concept development and planning.”

“At Maritimo, owner input is something that is constantly used by our Australian design team, and the two 75s see us creating our most progressive vessels to date, whilst retaining the Maritimo DNA of long-range efficiency, superb ride, the safety of walk around decks and the superior quality from construction through to furnishings. “Being able to cruise further and more confidently is the very essence of what Maritimo is about.”

He said the first public showing of the M600, the S600 and the M60 was a major and exciting milestone for Maritimo.

Barry-Cotter said Maritimo was in its strongest position in the company’s history, with orders on some of the new models now stretching into 2025.  The company’s workforce is being expanded and its dealer partner network internationally is being strengthened to bolster future demand in varied overseas markets. “The widespread appeal of Maritimo’s vessels and their reputation for build quality, stylish design, seaworthiness and long-range cruising capacity puts us in very good stead to continue our company’s mission,” said Barry-Cotter.

He said further exciting company announcements were planned during 2022.