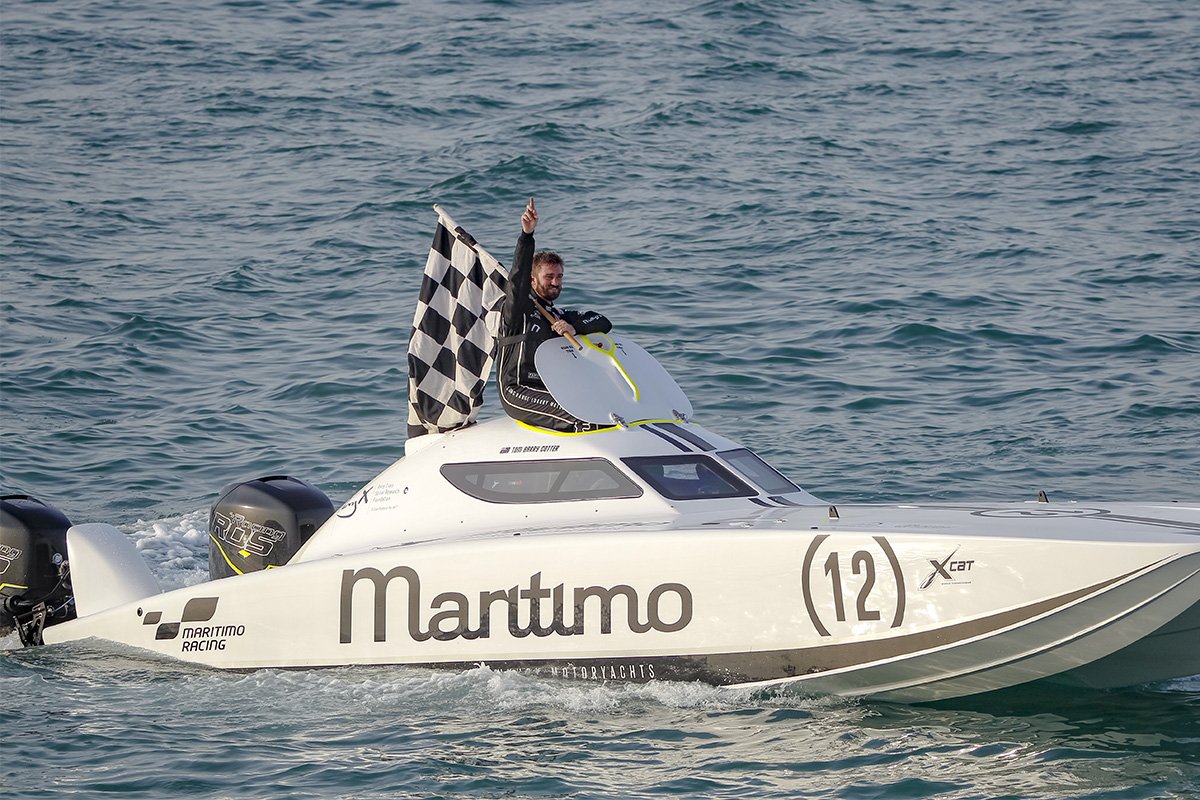 Australia’s Maritimo Racing, the current UIM XCAT Powerboat World Champions has reforged one of its most successful partnerships in preparation to defend the UIM World Championship title once racing resumes for the first time since the beginning of the Covid-19 pandemic.

More than 15 years since first racing together, Norway’s Pal Virik Nilsen will join Tom Barry-Cotter in the cockpit of the Maritimo designed and constructed R30 XCAT for the 2022 UIM XCAT World Championship. Coming onboard with Pal will be fellow Norwegian Lars Inge Graver joining the team alongside Kurt Davies, Ross Willaton and Graham Fraser.

The Australian / Norwegian combination has a prolific track record with Tom and Pal having competed in more than 40 races together and securing 3x Australian Offshore Superboat National Titles as well as a Bronze in the 2009 Class One European Championship.

Their debut was in Athens, Greece in 2007 with the Spirit Of Norway team and they last raced together in Fujairah in 2015 with the Gold Coast Australia XCAT Team.

Tom Barry-Cotter said it was a thrill to enhance the Maritimo Racing team with the skill and knowledge of that the two brought with them. “Pal and Lars are both extremely professional in their approach to powerboat racing and will be great ambassadors for the team and the Maritimo brand,” he said. “Pal is incredibly talented and we already have great chemistry within the cockpit from many races together over the years.

“Lars is considered as one of the best in boat and team management, in powerboat racing around the globe and he will be an incredible asset to the team moving forward.

“With an unprecedented amount of testing over the extended off-season and such an already strong team, the addition of Pal and Lars takes us to another level in our push to defend our Championship Title in 2022.”

Pal said he knew the opportunity was a perfect fit. “When the offer came I was naturally very happy and excited,” said Pal. “Maritimo Racing is the absolute top shelf within our sport so it is with humility and pride that I put on the Maritimo suit again.

“I very much look forward to experiencing the level of professionalism within Maritimo Racing once again and I am very driven to help Maritimo achieve success on the track and off.” The pandemic driven offseason has been tougher for Pal than anyone, as he fought and recovered from serious illness.

“I was seriously ill with cancer just before the beginning of the pandemic so the off season for me was a golden opportunity to recover and train the body to be ready for competition again,” he said.

He said to have Lars Inge Graver come on board ‘was an incredible bonus’ adding that he has been working with him since 1997.

Maritimo Racing has been using the extended off season as opportunity to test and develop the Maritimo R 30 design and setups. “We have been making small improvements to everything we do on an ongoing basis and I am confident when the time comes to put it is all to the test we will be ready and extremely competitive,” says Tom.

Maritimo Racing have been gathering data from the valuable test time and applying to the design and construction of a new R30 XCAT for later in the 2022 season.

“We have just begun construction of a new and upgraded Maritimo R30 XCAT which should be ready early in the 2022 season,” he said.

“The first laminates of carbon fibre and Gurit Corecell ™ are being packed into the mold this week.”

Maritimo Racing will be set to return UIM XCAT competition for Round 1 of the 2022 UIM XCAT World Championship.