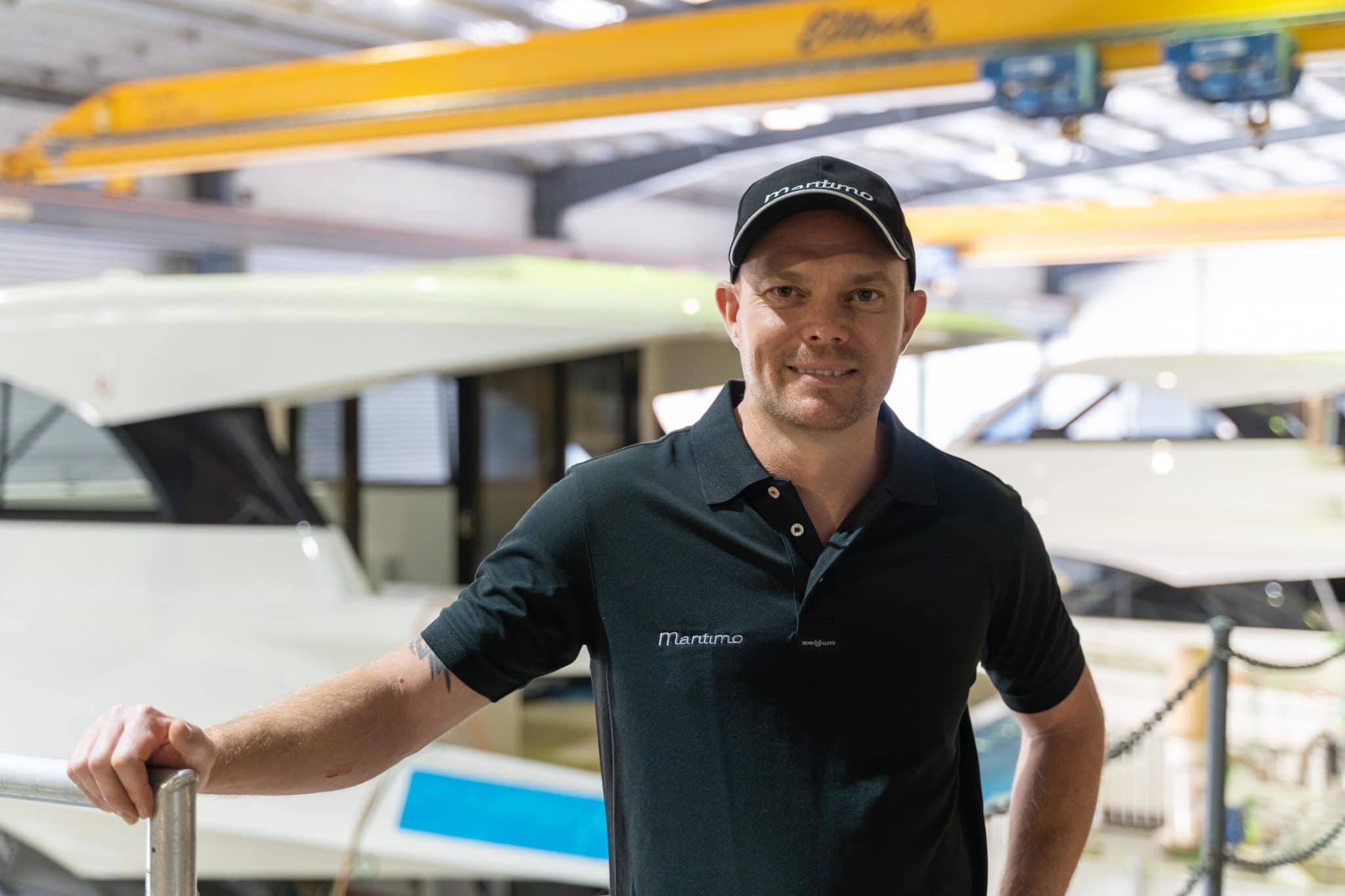 Long term Maritimo employee Jeoff Kerwin says being part of a highly skilled and cohesive team is one of the key things he enjoys about working at the leading Gold Coast boat manufacturing company.

“I joined about five years ago and the thing that impresses me most every day is the skill of the various people involved in the process,” he said.

“There are some truly world-class craftspeople here and it is a pleasure to be part of that team.

“We all work well together, and the common goal is to produce the very best luxury motor yachts that we can.” Jeoff has been associated with Maritimo’s founder and owner, Bill Barry-Cotter for more than 20 years and he was first employed in the boat building sector by Maritimo’s operations manager, Phil Candler, more than 21 years ago.

Born on the Gold Coast Jeoff said he has worked for various companies in the marine sector is now a qualified marine engineer.

He is primarily involved in Maritimo’s fitout two section of the plant. “The thing about Maritimo is that the staff all work very well together,” he said. “The whole operation runs very smoothly, and the great thing is we all like a laugh which makes working enjoyable.

“There are some very talented people employed here and I am pleased to be a part of it.”

A water ski enthusiast Jeoff loves getting out on the water and has two young children who love being towed on their tube.

Maritimo’s production manager Kym Fleet said Jeoff was an invaluable employee. He said being one of the more experienced craftsmen he helped guide the younger staffers and was dedicated to his craft.

Maritimo’s General Manager Operations, Phil Candler, said the company placed a great deal of importance on developing the next generation of boat builders.

“Our mentoring efforts, training systems and corporate philosophy all underpins what we believe to be one of the best marine industry work environments in the country,” he said.

“Jeoff is one of the long term staffers who the younger ones look up to.”