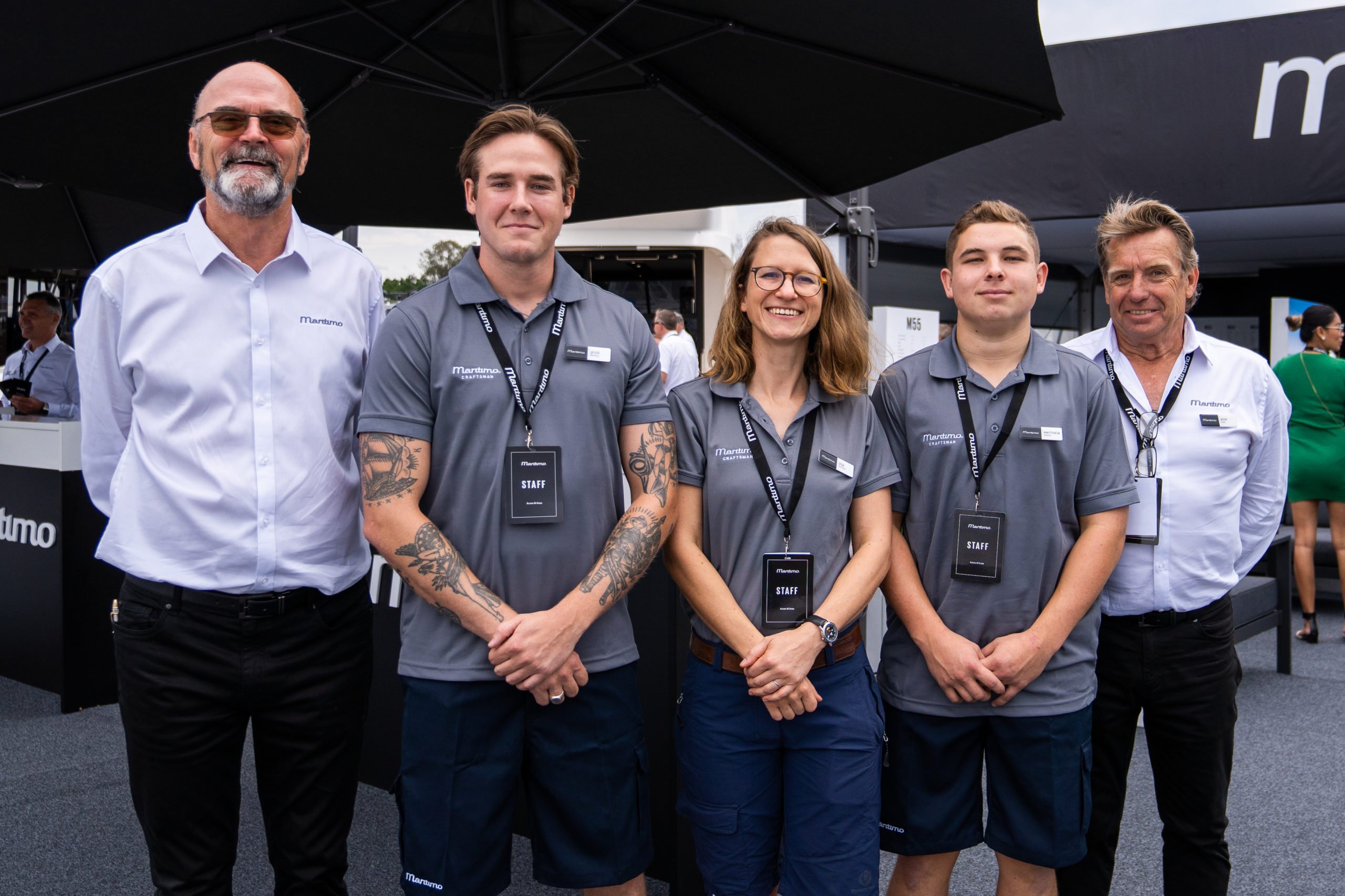 Maritimo is looking to recruit and develop the next generation of boat building crafts people as the company sees unprecedented demand for it’s multimillion-dollar luxury motor yachts.

A testament to the level of training provided by Maritimo was perfectly illustrated at last year’s Gold Coast TAFE Awards.

Zoe De Pryck won the third year cabinet maker division. Zoe is a multiple TAFE awards winner having won in her first year, coming second in her second year and winning again in her third year . Her colleague Matt Warren was a finalist this year in the marine craft first year division and Jesse Blackley won the first year marine craft apprentice category last year and was second this year.

Maritimo offers a career path that is unrivalled in its degree of diversity of skills training within the Australian boating industry. “We are offering a career path for young boat builders that is more diverse than just about any motor yacht manufacturer in the world,” said General Manager Phil Candler.

“Those who are successful in their applications will be working in one of the most advanced and modern boat manufacturing plants in the southern hemisphere and alongside some of the most highly considered and experienced boat building craftspeople in the world.” “Not only do we build multimillion-dollar luxury motor yachts, Maritimo are widely known as the only motor yacht manufacturer around the globe with a dedicated factory racing division,” he said.

“Maritimo’s competitive culture of continual development and refinement and dedication to perfection are key traits in which it has always looked for and looks to, for its staff of the future”. Maritimo Racing, current UIM Xcat world champions have recently commissioned an apprentice program where Maritimo’s top apprentices are provided with the opportunity to experience the workings and operation of the Maritimo Racing team at championship races throughout the racing season.

Maritimo also has a special project’s division which provides another unique platform for diversifying skill sets of apprentice boat builders.

Recent projects commissioned by the Maritimo special projects division have been a refit of a 54’ race yacht ‘Maritimo 11’ which will enter the 2021 Rolex Sydney Hobart Yacht Race and the ‘Katwinchar’ project, a restoration of a 116 year old sailing ketch. “The unique projects provide skills and training not only used in modern motor yacht manufacturing, but skills from bygone eras”.

Apprentices will experience training within many departments of the motor yacht manufacturing process.

Some of those stages include new product development, cabinet making, fit-out and engineering. He said Maritimo was looking for young people who are completed Year 12 last year or trades people who have had 12 months or more in the workforce and are looking to have a change of direction in their chose field.

“They may be young people who have started out in a trade and a year into it are having second thoughts and are looking for a new direction,” said Candler.

“We can provide them with a career path that is exciting, rewarding and potentially will set them up for life.”