Leading Australian luxury motor yacht manufacturer, Maritimo, saw two of its apprentices take out apprentice of the year awards in their respective trade categories at an awards ceremony on the Gold Coast last month. The TAFE Queensland Gold Coast Apprentice Awards were announced at a special event in Southport. 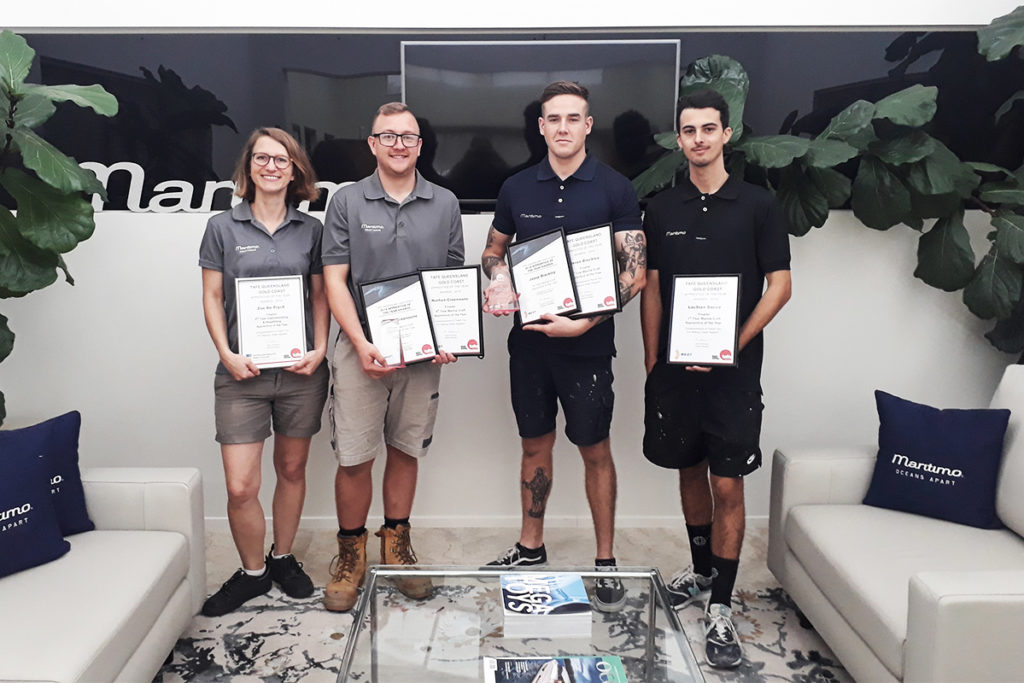 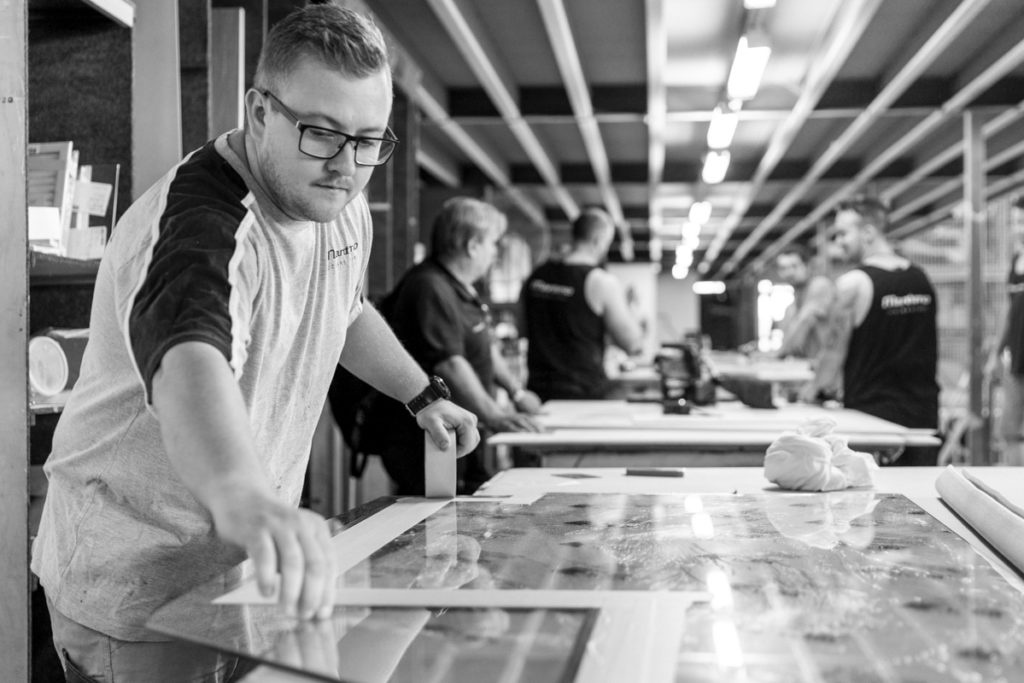 Maritimo’s General Manager Operations Phil Candler said the wins by both Nathan and Jesse were well deserved and a credit to the two apprentices.

“The guys have done a great job and it is a credit to them personally and to our overall apprenticeship programme,” he said. 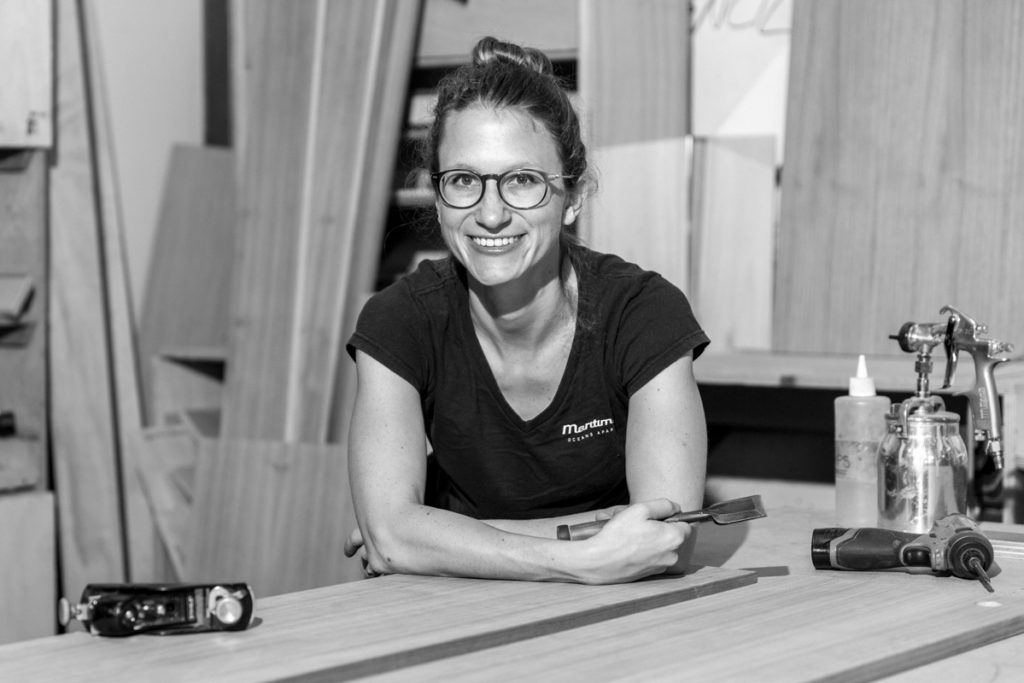 “To have four nominated and then get two wins is a fantastic result,” he said. “We put a great deal of time and effort into our training and mentoring initiatives and the apprentices have embraced it enthusiastically.”

“It is fantastic to see them recognised for their work and efforts and even though Zoe and Lachlan did not win this year just being nominated is a feat in itself. Jesse and Nathan are to be congratulated and especially for Nathan it is a brilliant way for him to cap off finishing his apprenticeship.’

Maritimo currently has 12 apprentices completing their trades and the company employs approximately 300 staff and contractors and ships its luxury motor yachts around the globe.