Leading Australian motoryacht manufacturer, Maritimo, has announced the company’s latest design and manufacturing strategy along with three new M-Series Flybridge Motoryachts being created within the company’s newest division – ‘Maritimo One’.

Maritimo One is the latest division to commence operation within the $13 million-dollar state of the art expansion at the Maritimo Gold Coast manufacturing facility. The announcement at the Sydney International Boat Show marks the official launch of the dedicated custom branch of Maritimo but, the specialised custom design and production facilities have been operational since January.

The development of three heavily customised M-Series Flybridge Motoryachts tailored to a range of customer needs marks the start of the new division.

“Maritimo has been internationally renowned for the level in which it enables client customisation, where other brands have set limitations,” said company lead designer, Tom Barry-Cotter.

“Due to the company’s sales success and subsequent growth of production in recent times, the need surfaced for a more systemised approach to the customisation of boats in order to maintain production efficiencies within the standard model range.”

“Maritimo One was established to uphold the brand’s identity and reputation for enabling customers to tailor a vessel to their specific needs or environment, whilst taking the potential degree of that customisation to new levels. It is all about one-on-one design and development time with customers and providing a personalised service that results in Maritimo One customers getting a boat that is a one off and unlike another other vessel.”

Maritimo’s general manager of operations, Phil Candler, said the new Maritimo One division within the expanded McPhail Road Maritimo facility at Coomera on the Gold Coast could develop projects up to 100 feet. 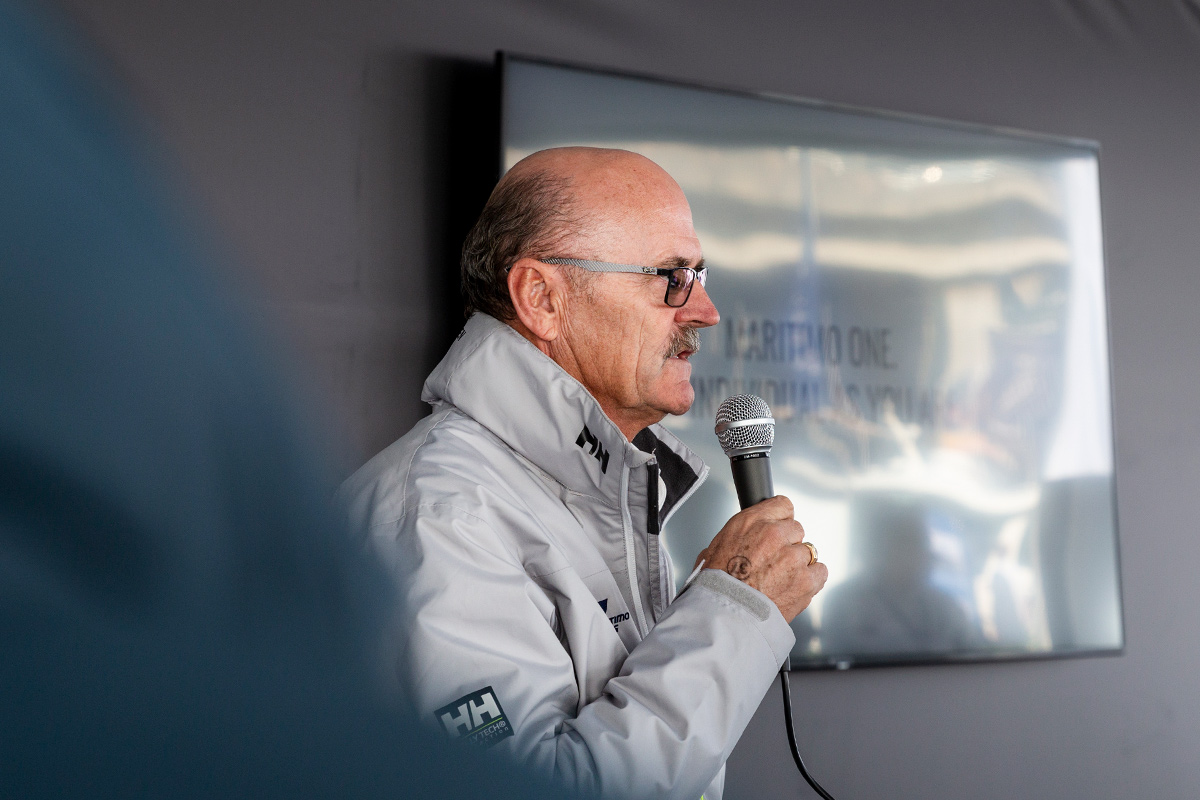 The custom designation assigns dedicated designers and builders to work with clients in forming their perfect vessel, whatever the degree of customization. The process begins with customer to dealer communication to ascertain the feasibility of requirements, followed by design consultations and costings. Concept drawings and 3D renders are all reviewed with the client, before the vessel is transferred from standard production into Maritmo One.

The three specialised M-Series Flybridge Motoryachts, all with varying requirements and degree of customisation, have been in development for several months at the new McPhail Road facility. 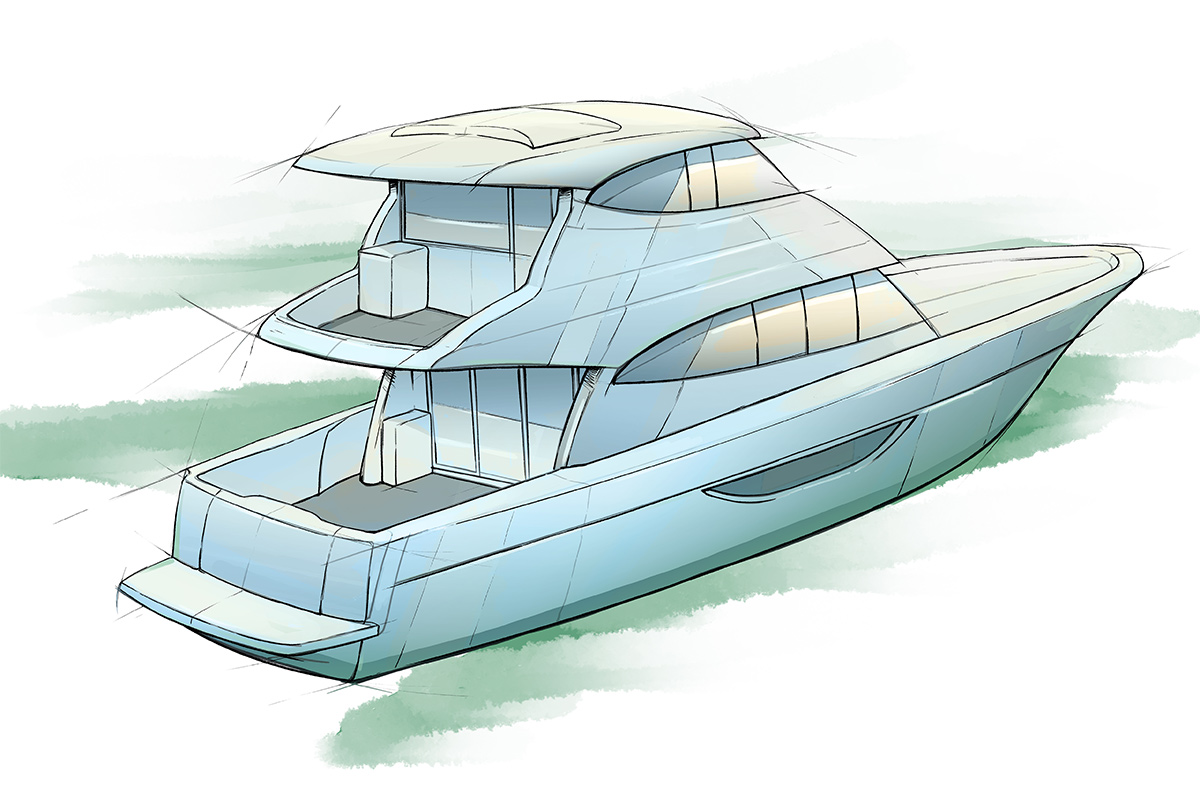 The Maritimo M51 Flybridge motoryacht was conceptualised by a client with the specific need to expand the master stateroom in lieu of the starboard guest cabin. The custom design sees the master ensuite relocate to starboard with a custom designed ensuite moulding and enlarged day lounge and wardrobe.

This level of customisation to the standard specification sees modifications to existing interior mouldings with no effect to exterior specification, hydrostatics or weight study. This lesser degree of modification, which transfers a standard build to the new custom division, forms the bulk of enquiry that Maritimo One undertakes. The degree of customisation has far more scope for those desiring that vessel which is perfected to their needs. 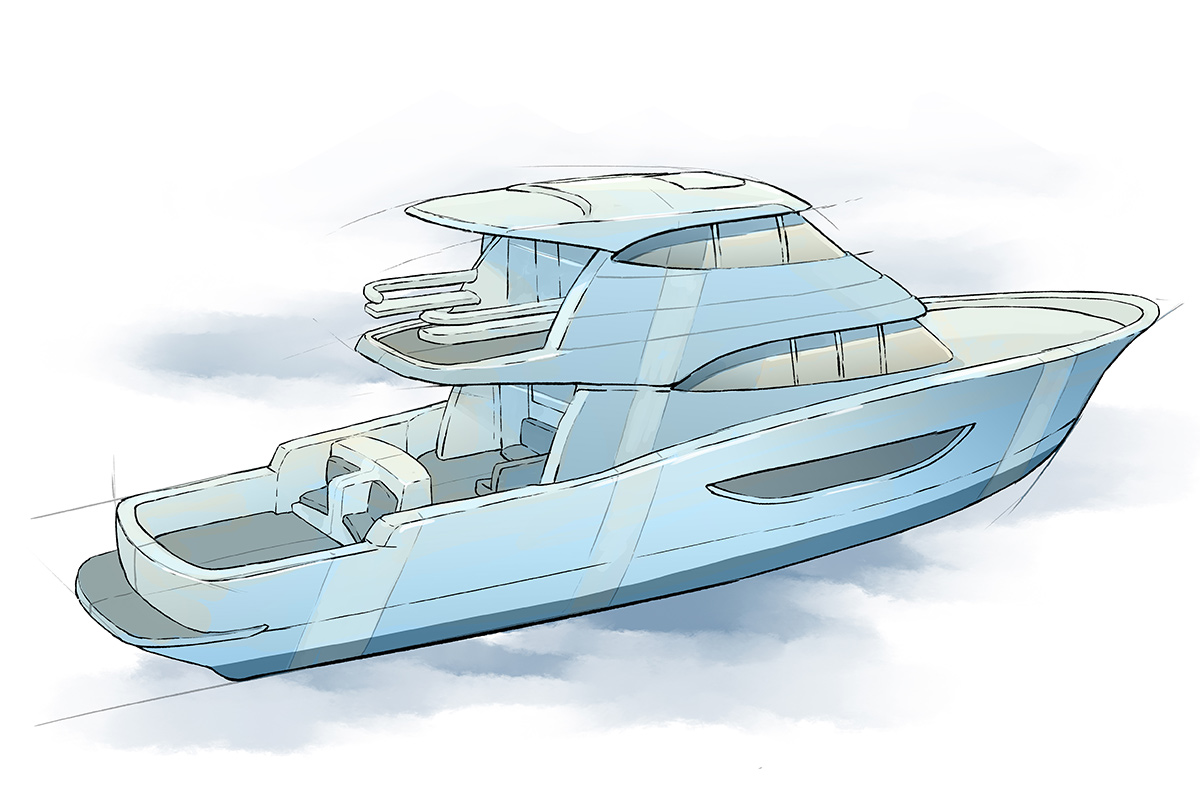 The M72 Sport Flybridge Motoryacht is the culmination of ideas from the Maritimo design department and a New Zealand based three-time Maritimo client, who’s needs required a vessel capable of battling oceans in New Zealand’s North, in pursuit of prize fish.

The degree of customisation Maritimo One has provided this customer incorporates over 200 non-standard options with modifications to the hull’s running surface, transom, tank capacities and engineering, requiring fully customised weight studies and hydrostatic reports. These hull modifications have formed a craft ideal for backing up on fish in testing conditions, whilst still embracing Maritimo’s tried and tested hull and engineering design and expertise.

Modifications to the vessel did not stop at water level, as the extended water line incorporated a fully custom sport cockpit with live wells, bait tanks, mezzanine cockpit configuration, amongst other specialised fishing options.

Above deck in the flybridge, a modified hardtop has enhanced window openings and rear sight lines with a further customised helm pod and seating to the flybridge aft deck.

After several months of design and development, the M72 Sport Flybridge Motoryacht will launch in the weeks following Sydney International Boat Show. The project highlights what is a growing sport market in the Australia and New Zealand region, with enquiry for similar sport fishing projects being received since the launch of the new custom division. 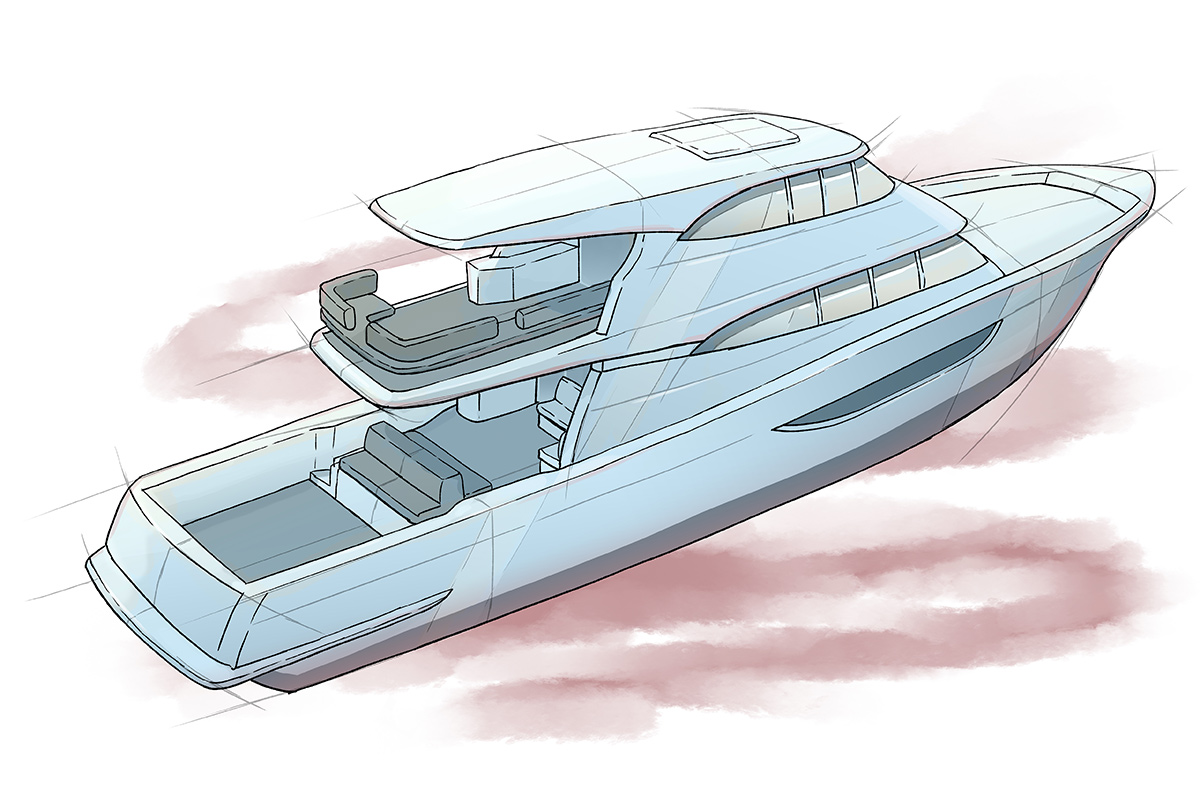 The M78 Flybridge Motoryacht unveils the full extent of scope of customisation that Maritimo One now offers. This design sees customisation to hull, engineering, exterior mouldings and interior layout. Utilising the steadfast M70 Flybridge motoryacht as its base platform, the customisation has been concentrated on creating the ultimate adventuring and entertaining motoryacht.

The extended hull and running surface make way for an expansive adventure deck complete with integrated davit in port hull side, and storage of tender and PWC. The hydraulic rotating swim platform then further increases deck real estate for lounging and entertaining at anchor.

The extended adventure deck then transforms the original M70 Flybridge motoryacht cockpit into an entertainment and lounging mezzanine deck with L-Shape lounge and dining, aft euro lounge and port side entertainment unit with electric grill, sink, refrigeration, rubbish, and storage.

Barry-Cotter said in all three instances Maritimo One and its dedicated designers had been able to deliver to customer’s vessels that suited their personal needs and requirements exactly.