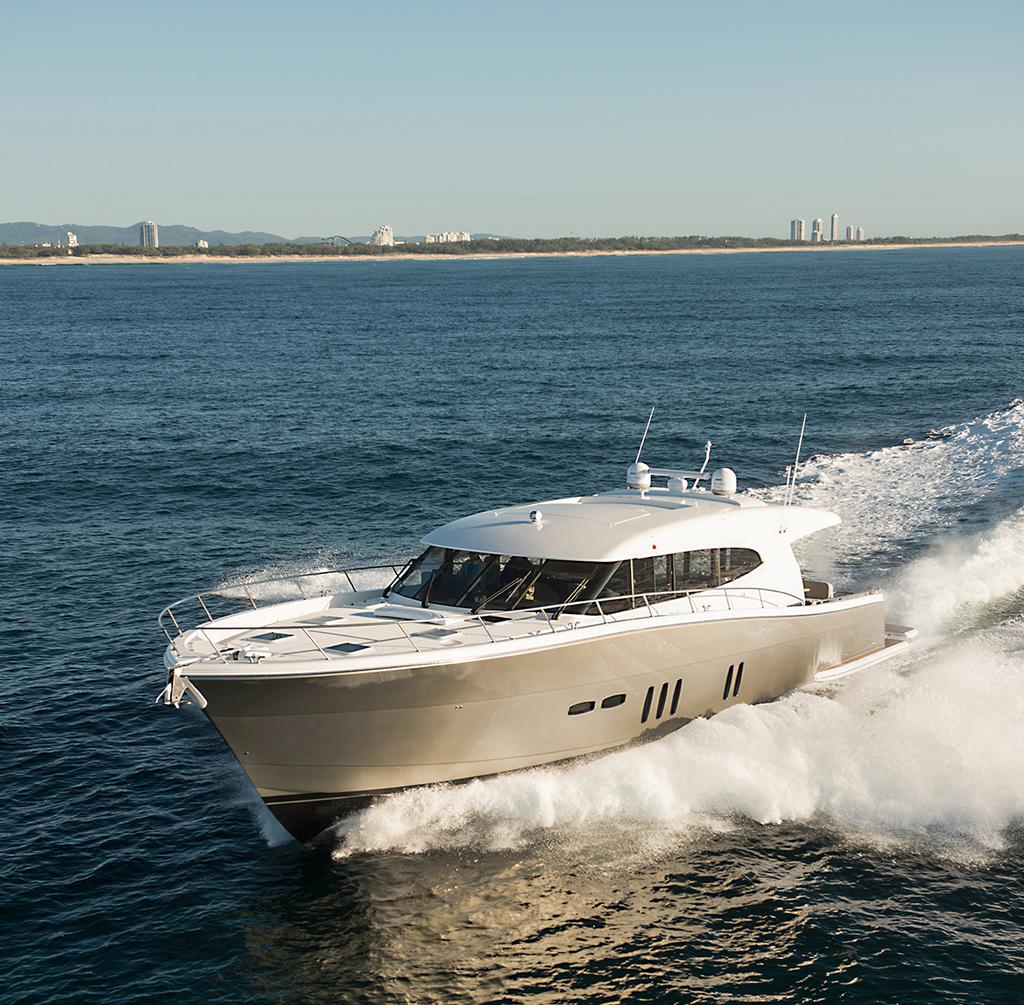 Maritimo chose the Sydney International Boat Show to host the world launch of the largest single level luxury cruiser it has ever built, the S70 cruising motor yacht, and showcased several other new models, creating an exceptional response from boating enthusiasts.

The new flagship S70 Sedan was swamped with attention during its debut on the opening of the 50th Sydney International Boat Show.
Boasting a top speed of almost 30 knots from modest twin 1150hp Scania D16 engines, and with handling the equivalent of a large runabout according to the factory, the S70 is said to team luxury, style and performance.The beamy vessel has been designed with plentiful entertaining and living spaces, an enlarged aft galley, and, being single level, the Sedan gains additional height in the main cabin where there’s almost two metres of headroom.The first S70 weighs in at approximately 48 tons and with the 1150hp Scania D16 engine upgrade over the base 900hp Volvo Penta D13s. The new boat has a range of 520 nautical miles at 21 knots that stretches to 1600nm at nine knots.

Maritimo revealed for the first time the innovative design of its X60 sports yacht which will be completed early in 2018. The X60 has had an extremely promising start with five vessels pre-ordered and numerous other contracts in the pipeline.

In addition, Maritimo showcased its S59 and M59 sedan and flybridge models, both released earlier this year.  Both proving popular with the crowd at the 50th Sydney International Bat Show.

Maritimo CEO Garth Corbitt said the Sydney show was one of the strongest ever with buyer interest from all the major Australian States and New Zealand.

‘There was a lot of interest across the range of models we were highlighting in Sydney and the S70 in particular was a show stopper,’ he said.

‘The beamy S59 and M59’s both drew a lot of attention as they are big volume vessels with five star accommodation and flexible cabin layouts.’

It is promising to be another big year for Maritimo and all of us at Maritimo Gold Coast as the demand for these luxury vessels continues to grow.