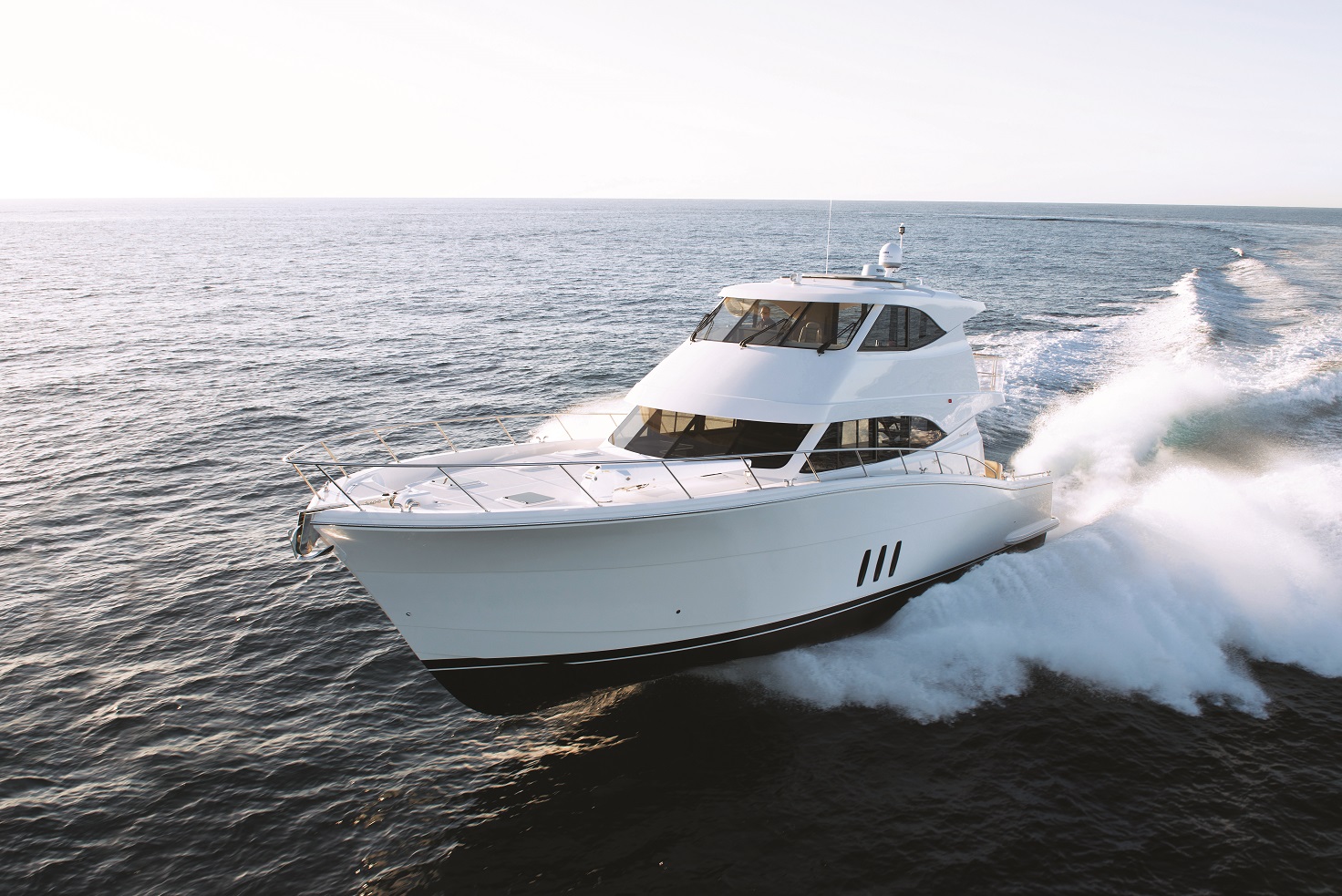 A recent trip from the Gold Coast to Opua in New Zealand on the Martimo M64 was proof of Maritimo’s long haul capabilities and excellent fuel efficiency.

The journey skippered by Russell Fleming, took 138 hours and consumed 7488 litres of diesel.

Russell and his crew set off from the Hope Island on the Gold Coast with 8000 litres of fuel on board and they averaged 8.9 knots for the 1100 nautical mile trip.

Having done in excess of 35 such journeys across ‘The Ditch’, Russell is no stranger to the conditions and the possible perils that await boaties making the Trans Tasman trip.

“When we left the Gold Coast we cruised into four days of absolutely flat conditions with only five knots of northerly wind and about a one metre sea swell,” he said.

“However, as we approached the Three King Islands off Cape Regina a significant storm blew in with winds reaching 55 to 60 knots and this produced short violent seas.

“The area is renowned for its shipwrecks, one being the Elingamite which was a schooner of about 2500 tons, so it is a place to be avoided if possible.” 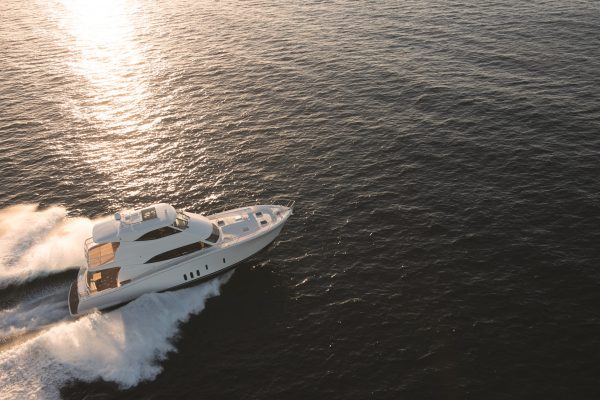 Russell said he charted that course because they had been headed by current for most of the journey and he wanted to seek out a west/east current to pick up the average speed.

“I was mindful of our fuel reserves and when we were able to pick up that current our boat speed went up to 13.5 knots while we maintained the same 1000 rpm,” he said.

“The M64 is a beautiful passage maker and the vessel handled all the sea conditions thrown up in an exemplary manner.

“Not once did she look like broaching, even with water on the forward deck.”

Having been a delivery skipper for Maritimo for more than 10 years Russell has had his share of adventures while at sea.

He said the recent journey saw the Maritimo team cruising past an enormous pod of whales about 200 nautical miles off the Australian coastline, as well as lots of flying fish.

“There were no mobile phones, no Facebook and no internet for days and I have to say life was looking pretty good.”

They arrived in New Zealand with about 500 litres of fuel in reserve. The new M64 cruising motoryacht is one of the latest in the Maritimo range and exemplifies the sea worthiness and fuel efficiency that are part of the Maritimo vessels’ DNA.