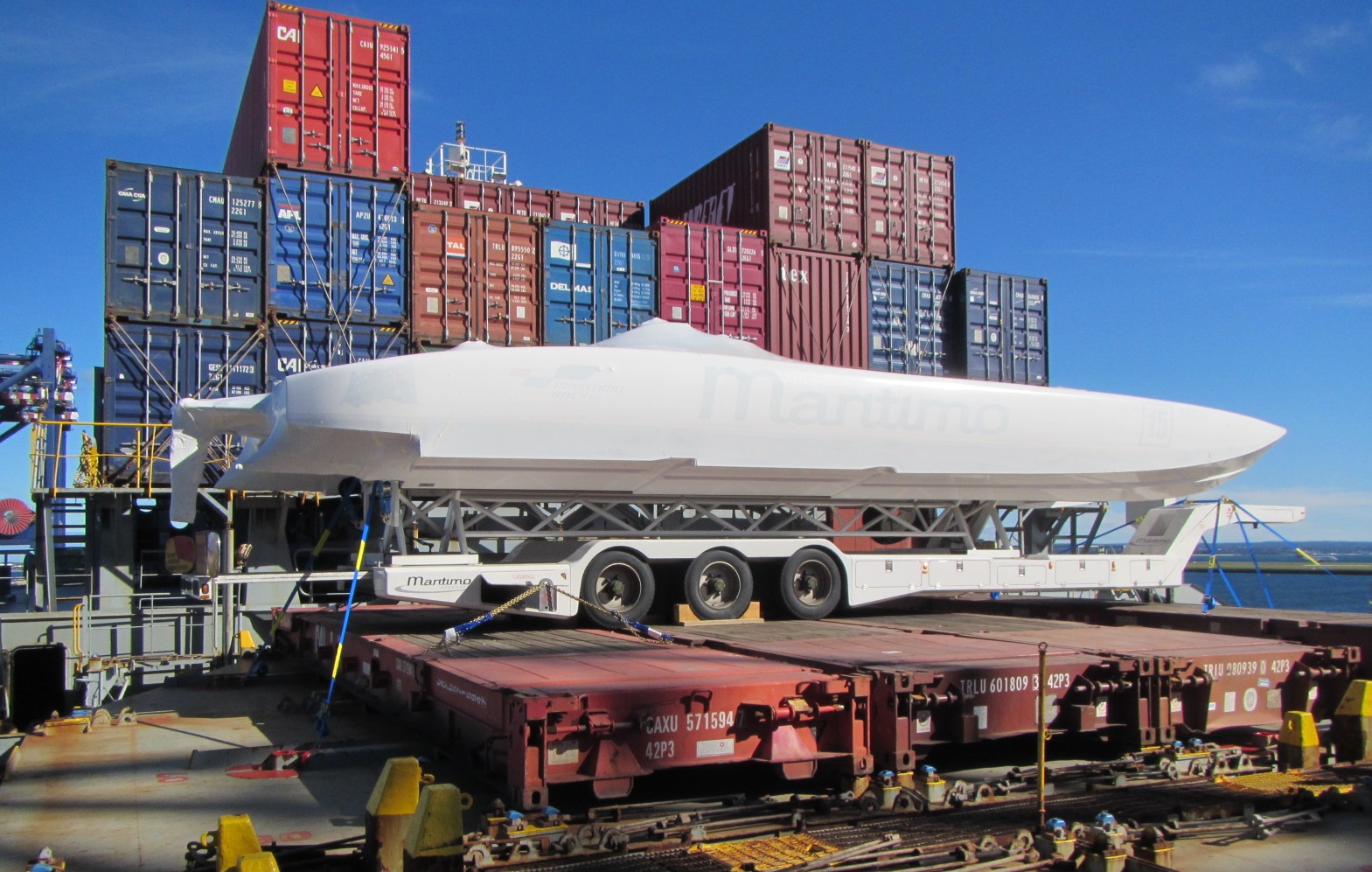 Maritimo Offshore Racing is gearing up to take on the world at the Key West based Superboat World Championships early next month.

The boat is equipped with 1500 horsepower engines and is a tried and proven performer.

Long time Maritimo race team member and throttle man, Ross Willaton, leaves Australia on October 21st to be on site when the ship carrying the race boat arrives in Savannah at the end of the month.

Once the boat is unloaded he will then take it to Riviera Beach where one of the top teams in the competition, Miss Geico, has again allowed the Aussies to share their race team facilities.

When the flag drops at Key West early in November, Willaton will be at the throttles of the Maritimo entry and Travis Thompson will be at the wheel. They hope they can repeat the team’s 2012 performance when they took out the world championships.

The race boat has been set up by Maritimo’s team manager and engine builder, Kurt Davies who, along with Andrew Willaton, will be the mechanical crew in Key West.

The Maritimo team is quietly confident about the World Championships after its impressive performance at the recent Coffs Harbour round of the Australian Offshore Superboat Championships, where they drew pole position and won both races finishing on top in both the Superboat Extreme category and outright.

In the Superboat 1000 category Andrew Willaton and Andrew Searle, in the Maritimo #12 boat, came third in both the Coffs Harbour races.

Maritimo is the only Australian manufacturer, and one of the very few internationally, to have the benefit of being able to incorporate the learnings gained from serious offshore racing into their production boats.

Maritimo will have a large on water display at the Fort Lauderdale International Boat Show starting on November 3rd and a significant contingent of owners and Maritimo fans would be going to the World Championships from the boat show. A Maritimo owners’ muster is going to be held as part of the pre- World Championship activities.