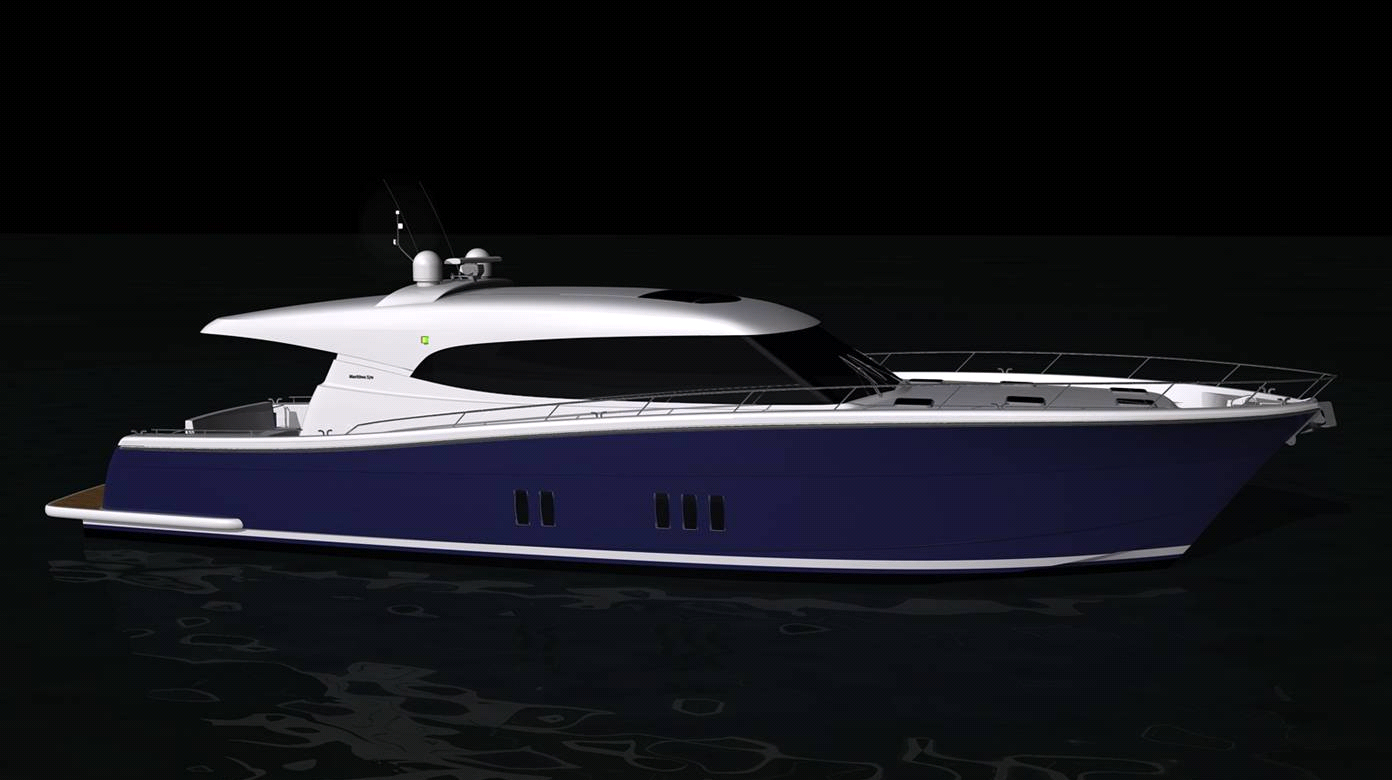 The sleek, new Maritimo S70 sedan cruiser in now in manufacture after being revealed for the first time at the recent Sydney International Boat Show.

The S70 came into being after the buyer of the first of the model travelled the world studying a variety of brands at international boat shows.

The New Zealand businessman, who is nearing retirement, was originally leaning towards a large displacement cruiser in the Nordhaven or Flemming style and even considered building a one-off boat to their specification in  New Zealand.

After years of sailing our own yacht we decided that, as we entered the retirement phase of our lives, we were more interested in cruising in a launch rather than standing in the wind, on an angle to get anywhere slowly.

Out of all the globally available brands, the boat they fell in love with was the Maritimo M65.  The M65 has been a runaway success for MAritimo, with twelve vessels now sold to buyers throughout Australia and further afield in New Zealand, Texas, Florida, France and Singapore.

However, whilst they loved the M65, they were not wanting a flybridge cruiser, so together with Maritimo they agreed to design and build a sport cabriolet version of the M65. The final S70 design is a big volume, serious passage maker and will deliver all that the M65 does and more on a single level.

“It was a case of us listening to him and understanding what he wanted and then delivering a product that ticked all the boxes he felt were crucial for his next boat,” said Ormonde Britton, Australasia Sales Manager.

The vessel will have four cabins and three bathrooms and an exceptionally large saloon and helm area.  The first boat will probably be powered by 900hp Scania motors, but a final decision is yet to be made.

The couple plans to spend a year cruising the coastline around Australia before taking the boat back home to New Zealand after they take possession early next year.

With the recently released M61, the highly successful M65 and now a sedan version 70 footer, Maritimo now offers some ‘seriously large’  bluewater passage makers in both one and two level configurations.