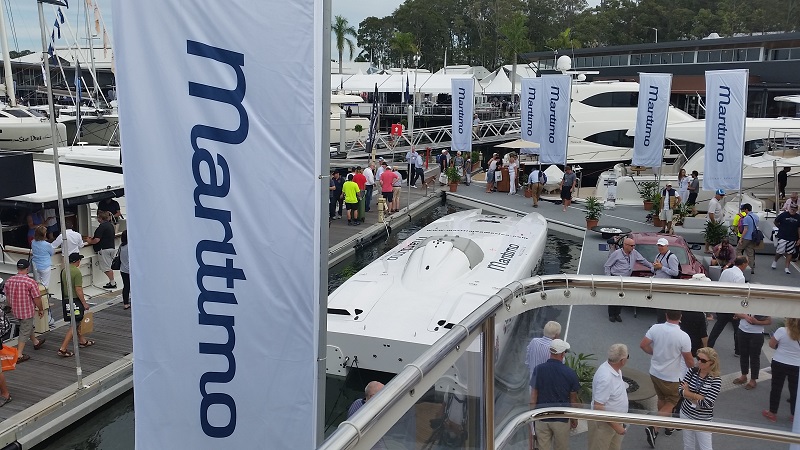 Gold Coast luxury cruiser manufacturer Maritimo had one of its most successful ever Sanctuary Cove International Boat Shows, with an unprecedented level of interest in its large on water display from potential Australia and New Zealand buyers.

“We had exceptional attendance, and an unprecedented number of appointments from prospective buyers wanting to thoroughly inspect our boat display. We have finalised a significant number of deals with plenty of quality leads to follow-up,” he said.

“The new M61 cruising motoryacht has generated a lot of interest from a new audience of boat lovers, and the M65 continues to be crowd favourite.”

Britton also commented that he was really impressed with the number of New Zealanders who had flown over for the show to view the M61 at its official launch, as well as the many Australian’s who had come from all parts of the continent.

Australia and New Zealand continue to represent the biggest market for Maritimo, and according to Britton, all signs point to the fact that this will only continue to strengthen.

He said many of Maritimo’s sales were to second and third time Maritimo owners who were staunchly loyal to the brand.