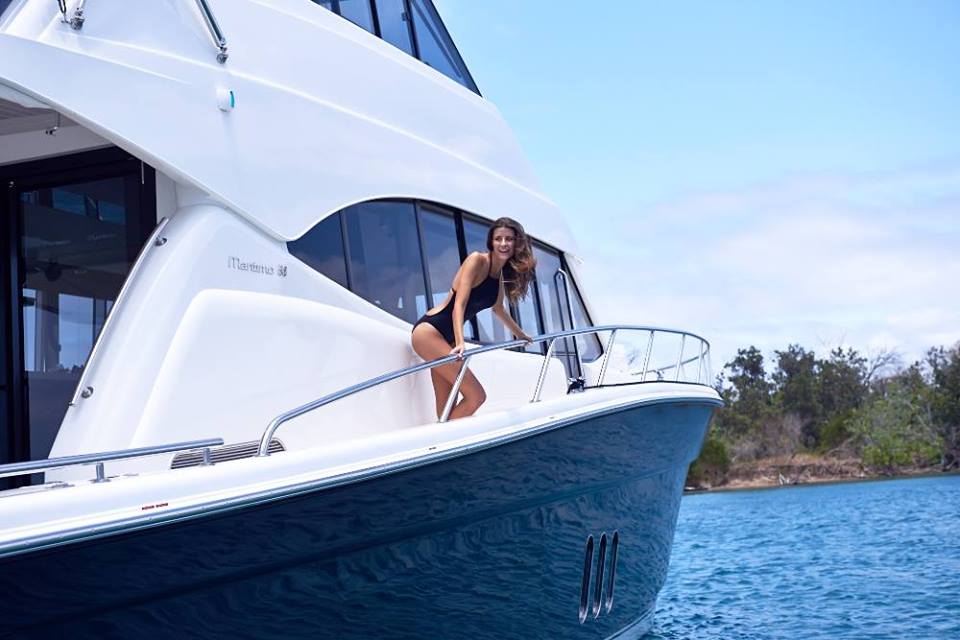 Maritimo has had the most successful year ever with strong sales around the globe and a forward order book that is filled through to September next year.

Maritimo introduced a raft of new models  setting this year, setting the scene for a highly successful 2016.

That recognition came at the same time Maritimo released of a range of new models and enjoyed a wave of  international success at a series of boat shows stretching from Cannes to Auckland and most recently Fort Lauderdale.

With a history in the marine industry spanning more than fifty years, Bill says  that 2015 is  ‘a year to be remembered.  “The Queen’s Birthday award was unexpected and humbling and it gave myself and the whole team a real boost so we were determined to make 2015 Maritimo’s year,” he said.

Maritimo also released plans for a modified M65 stretched to 70 feet providing a Yacht Fisher rear deck perfect for chasing the big ones. This boat has a base price of $3.115m.

One of the highlights of the year was the completion of Maritimo’s 400th vessel, a M48 Cruising Motor Yacht that was displayed at the Sanctuary Cove International Boat Show.