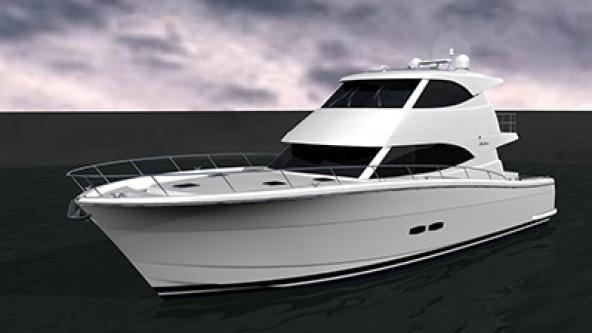 Luxury cruiser manufacturer Maritimo, which struck a winner with its M65 cruising motor yacht, has now launched a ‘mini version’, the M61, which has a lower priced entry level while providing many of the same features and benefits of its bigger sibling.

The M65, which was publicly launched at this year’s Sanctuary Cove International Boat Show, has been a very popular model with boating enthusiasts, but Maritimo saw a niche for a similar styled vessel that sat between the M65 and the M58.

Big boat enthusiasts are expected to embrace the new M61, which requires less berthing space than its larger sibling, has almost all the same features, albeit proportionally smaller, and is priced under $2.5 million.

The boat can be customised to suit your desired configuration, either as a three cabin three bathroom layout or four cabins and two bathrooms or with an office by eliminating one of the bathrooms.

It has the full beam master suite and virtually everything else that the M65 delivers only slightly smaller, ideal for people who have limited berthing area and cannot accommodate the M65.

It is a go anywhere motor yacht which can accommodate a family in style, safety and comfort for some genuine blue water passage making. Catering is a breeze with a massive galley with the option of side-by-side domestic sized refrigerators. Miele appliances are standard. Room to relax and kick back is no problem with the saloon lounge being 2.5metres long.

The M61 is powered by D13 900′s and could be set up to include crew quarters or accommodate a gyro. Interiors include the popular Wenge timber finish and the same quality soft furnishings and fit out that is enjoyed in the M65. With fuel capacity of 5700 litres it is estimated to have a range of 750 nautical miles at a speed of 21-22 knots.

Like the M65, the new M61 could have the popular Euro style transom or it could be optioned to have Maritimo’s traditional island transom or a fishing version.

The first M61 cruising motor yacht is in build and will be delivered to its Gold Coast owner in February 2016. The owner is a loyal Maritimo lover, having already owned three Maritimo’s previously.

For more information on the Maritimo M61 Cruising Motoryacht, call us on +61 7 5509 3611 or email info@maritimogoldcoast.com.au. 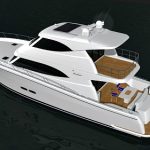 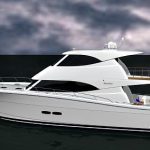 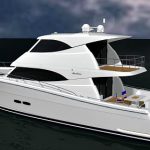 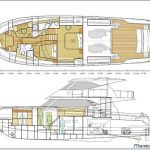 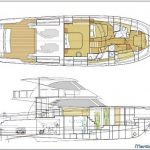 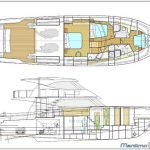